Our Wednesday Bridal Scoop delves into that vast, delicate and inexhaustible dream territory known as Disney and its latest attempt at turning a princess from a timeless fairytale into a beautiful young bride with a strong modern voice. Fleshlight opening this Friday, 13th of March, the Disney biopic is directed by Academy Award-nominee Kenneth Branagh and stars Lily James as Cinderella, Richard Madden as the Prince, Oscar-winner Cate Blanchett as the wicked stepmother Lady Tremaine and Academy Award-nominee Helena Bonham Carter.

The limelight today is on the woman who is behind the masterful creations worn in the remake, from the magical blue ballgown you see in all advertisements to the shimmering epaulets on the Prince's shoulders: Sandy Powell OBE. The ten-times nominated and three-times Oscar winner is one of the most sought after artists in her trade, having dressed Daniel Day-Lewis as gangster dandy Bill the Butcher for Martin Scorsese's Gangs in New York, Gwyneth Paltrow as Viola de Lesseps and Judy Dench as Queen Elizabeth I for Shakespeare In Love and many more. The British costume designer continues to reinvent period costumes into artful creations with her fiery flair of imagination.

As she has just announced her new jewellery collaboration with Atelier Swarovski (an eight-piece range of Lady Tremaine-inspired accessories), it is a great time to look at her contribution to the upcoming Disney movie as her craft truly deserves our recognition. 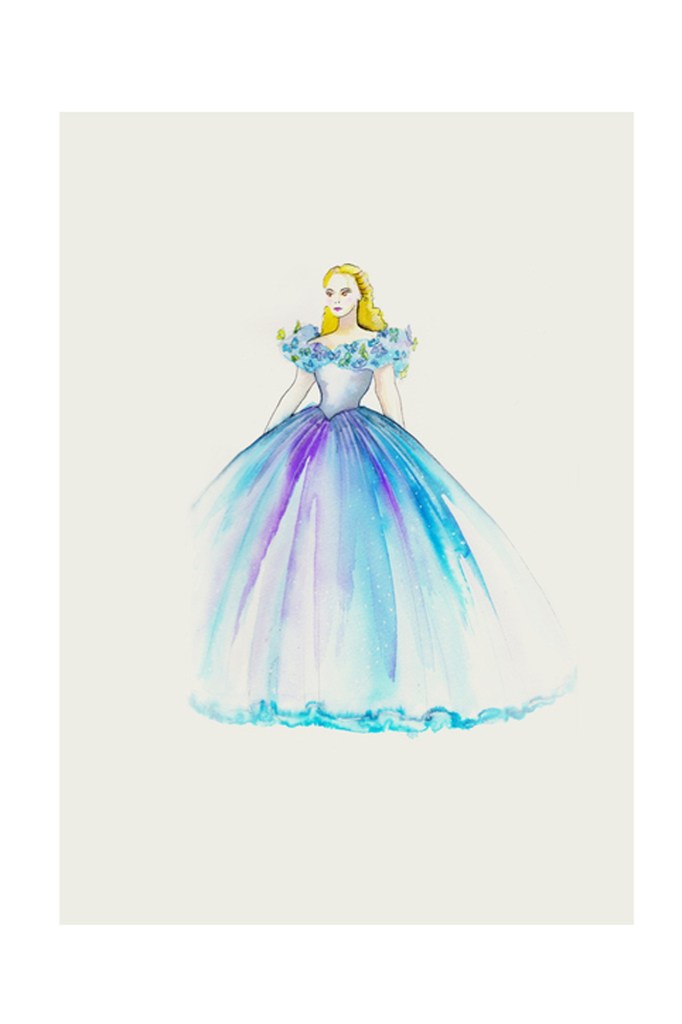